When my daughter and I figured out how to make pom-pom love bug stickers with attached antennas, we realized that we could use the same DIY pom-pom technique to make a pom chick with attached chicken legs–no glue required.

Trim the yarn used to tie the pom together to make the pom into a simple chick craft, or, leave it long to use it as a hanger in order to turn these cute pom chick crafts into Easter ornaments that can be hung on the Easter tree, Christmas tree, or even a rearview mirror!

Pom-pom Easter chicks also make a great candy alternative that can be put into Easter eggs for Easter baskets and Easter egg hunts.

The small baby chicks pictured above and below are made with a fork and yellow cotton yarn, while the larger pom-pom chick crafts are made with a slingshot loom tool and chunky wool yarn.

The small side of the robot loom tool would also make a smaller DIY pom, while the larger side would make a bigger one.

How to Make Pom Pom Chicks

Use the step by step instructions listed to learn how to make pom-pom baby chicks with attached legs. Each pom chick craft takes approximately 10 to 20 minutes to make.

The baby chick craft instructions share how to make pom chicks with, or, without an ornament hanger. Scroll down to have a look at the video tutorial to see each step of this simple DIY pom-pom tutorial in action.

These cute baby chick pom-pom crafts can also be used as Easter ornaments that can be hung on the Easter tree, Christmas tree, or even a rearview mirror!

Trim the yarn used to tie the pom together to make the pom into a simple chick craft, or, leave it long to use it as a hanger in order to turn these cute pom chick crafts into DIY pom-pom ornaments.

This simple tutorial gives instructions to make pom-pom baby chick crafts with attached legs. You may also like to try your hand at these cute pom-pom love bugs with attached antennas.

Pom-pom Easter chicks can be used as Easter Toys, cute ornaments, or a fun candy alternative that can be put into Easter eggs for Easter baskets and Easter egg hunts.

For more ideas have a look at these lists of cute baby chick crafts, Easter traditions, and fun spring activities for kids!

Nell has over 25 years of experience working with children as a caregiver, educator, and coach, and is the founder of Rhythms of Play. She believes in the power of the imagination, learning through play, making this world a greener place to live, and getting outside in all seasons! Learn more...

The One Essential Tool You Need To Keep You and the Kids Happy!

Subscribe to the Rhythms of Play community newsletter to connect with your children, and find the FREEDOM to create a life you LOVE!

Success! Now check your email to confirm your subscription.

ART, CRAFT, DIY & GET OUTSIDE! 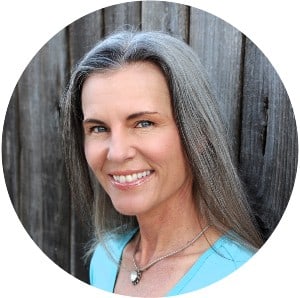 Hey, I’m Nell–educator, coach, and therapist turned mom. With over 25 years of experience working with children from toddlers to teens and their parents, I want to help you learn and play the natural way, AND create a life you LOVE–one rhythm at a time! Learn more…

Rhythms of Play uses cookies to improve your experience while you navigate through the website. Out of these, the cookies categorized as necessary are stored on your browser as they are essential for the working of the website's basic functionalities. We also use third-party cookies that help us analyze and understand how you use this website. These cookies will be stored in your browser only with your consent. You also have the option to opt out of these cookies. Please note that opting out of some of these cookies may negatively affect your browsing experience.
Necessary Always Enabled

Any cookies that may not be particularly necessary for the website to function and is used specifically to collect user personal data via analytics, ads, other embedded contents are termed as non-necessary cookies. It is mandatory to procure user consent prior to running these cookies on your website.

Subscribe to our newsletter to receive a FREE weekly planner!

Join the Rhythms of Play community to connect with your kids, and find the FREEDOM to do the things you LOVE!